Last weekend, on a drive home after a weekend in Glacier National Park, we were remembering dozens of past Glacier trips.

We laughed about the lodging mistakes we had made in the past—like staying near the middle of the park on US 2 to “split the difference” between the park’s two main entrances. We didn’t understand that the West Glacier and St. Mary entrances are 70 miles apart so we spent most of that weekend driving back and forth on US 2.

We also reveled in some of the little secrets we have uncovered over the years—the kind you don’t find in the guide books. Here are our three family secrets about Glacier National Park. Maybe they will make your next visit to the park more enjoyable.

If you’re on the east side of the park, World Famous Johnson’s of St. Mary can solve most of your problems.

No summer visit to Glacier National Park is complete without a whitewater rafting trip on the glacial-fed Flathead River. In West Glacier, we learned the hard way that not all river guiding companies are the same.

If you want your day on the river to be a special memory to last a lifetime, book your reservations with Glacier Guides and Montana Raft Company. Just remember, they are the team in the blue boats. Those will be the boats that aren’t overstuffed! And the guides who are well-trained and polite. Trust me on this one. If you are looking for a beautiful view, away from the crowds, and near many trailheads, spend an afternoon or evening at Many Glacier Lodge. Its front deck overlooks Swiftcurrent Lake. We have seen bears, moose, sheep, and eagles from the deck.

We hope our best kept secrets about Glacier National Park make your visit to the park more fun.

Do you have any tips to share with us? 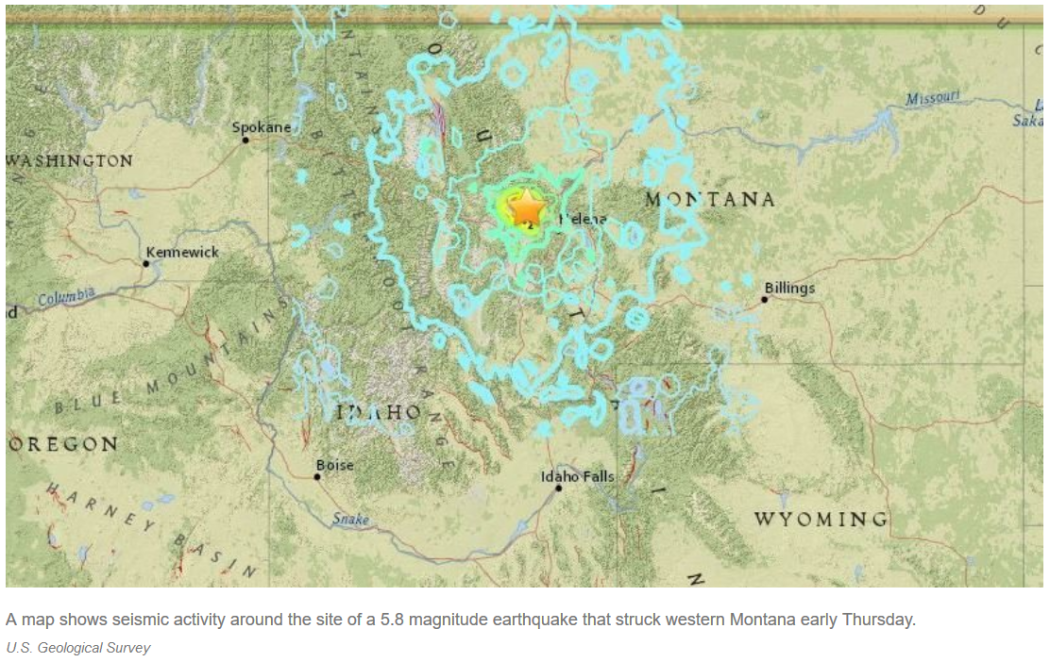 When I decided to put my career on hiatus and spend a summer seeking adventure in Montana, an earthquake was not on my to-do list.

Last night, I was jolted from a deep sleep to the largest earthquake in western Montana in nearly 60 years, according to the USGS. The epicenter of the 5.8 magnitude quake was 90 miles away in Lincoln, Montana.

My biggest surprise was the sound. I never knew that earthquakes were so loud.

The quake occurred just after midnight leaving many slumbering Montanans bewildered. This morning, people in Great Falls reported they thought their house had been hit by a car, a plane had crashed, or a speeding train was outside their bedroom window.

After the first quake, #MontanaEarthquake began to trend on Twitter. While Montanans laid awake waiting on the next aftershock, many tweeted gallows humor about the Yellowstone supervolcano erupting.

Most Montanans, nor this Ohioan, have been trained in what to do in an earthquake. I could teach a class on tornado safety, but at 12:33 a.m. it became painfully clear that I had no idea what to do during an earthquake.

So today, I asked my earthquake savvy California friends for earthquake #protips. They can recite them by heart.

If you are outside, stay there and move away from buildings and wires.

If you are driving, pull over and stop. Stay in your car with your seatbelt on.

If you are inside,

Please note that these #protips will be irrelevant when the Yellowstone supervolcano does erupt. 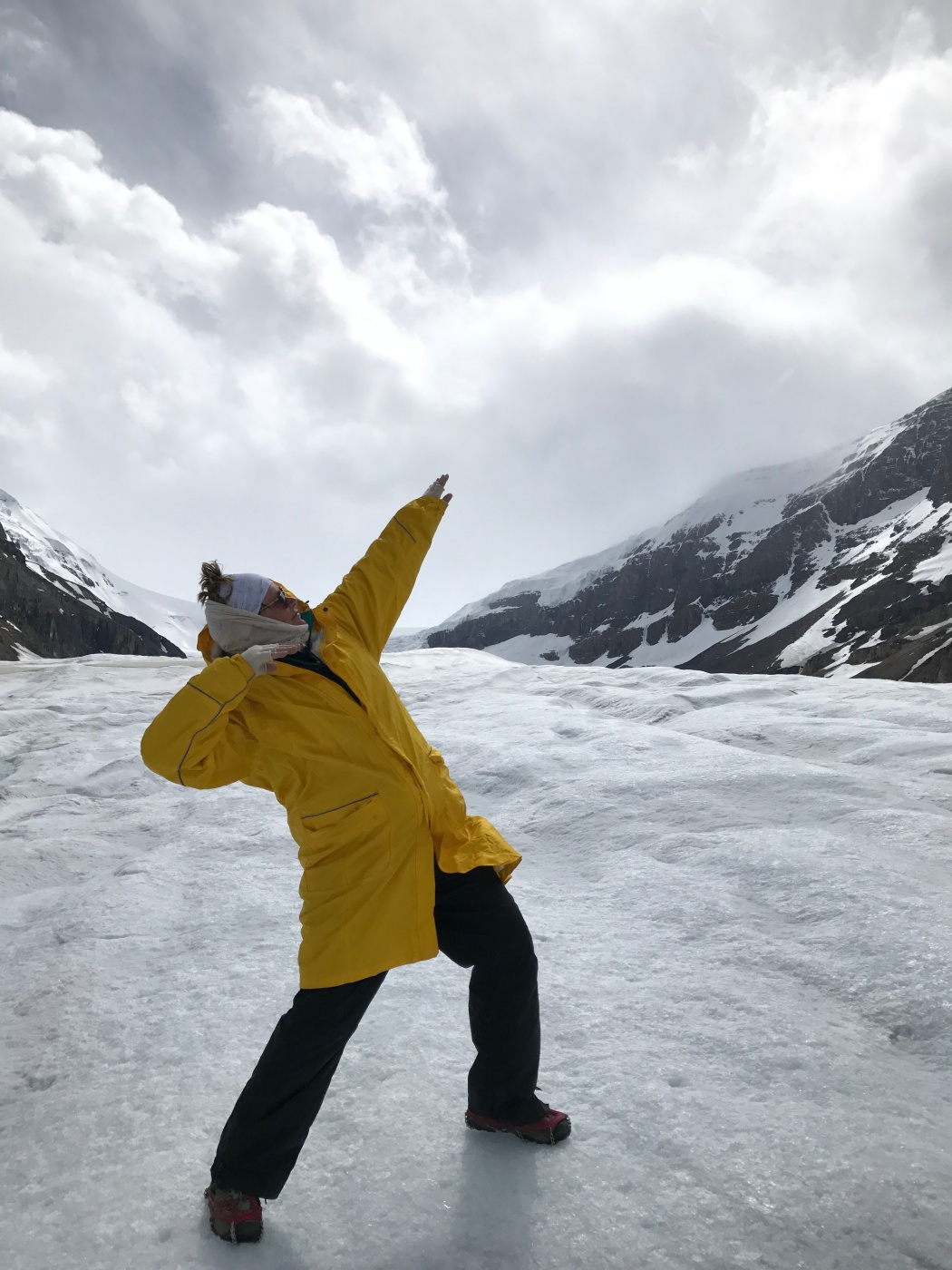 If a drive along the Icefields Parkway from Banff to Jasper isn’t on your bucket list, add it now!

For 144 miles, the parkway straddles the Continental Divide on a journey through the heart of the Columbia Icefield—the largest ice field in the Rocky Mountains.

The highlight of the drive is the massive Athabasca Glacier. Many visitors choose to ride an ice bus on to the glacier, but we found a far more exciting option to explore it.

We hiked on to the glacier through a three-hour guided tour with IceWalks. Our experienced guide, Peter, first visited the Athabascan Glacier as a small boy in 1964. He was able to explain how the glacier had receded during his lifetime.

Honestly, I had a few (or maybe more than a few) fears prior to taking the hike.

At the conclusion of our Canadian Rockies vacation, we each shared the highlight of our trip and the IceWalks hike was the top choice for all four members of our family! Definitely a memory that will last a lifetime!

My retirement bucket list is extensive. Trails to hike. Mountains to climb. New friends to meet. My husband and I are busy working our plan to create the best retirement possible.

But it all changed this spring when I read one line from a Mary Oliver poem.

“Listen — are you breathing just a little, and calling it a life?”

Just one sentence re-ordered my life.

So here’s the new plan. I’m going to spend a few months hiking those trails and climbing those mountains while I still can. Best of all, I’m going to be making new friends on the Montana Hi-line and collecting their oral histories.

No job. No family responsibilities. No financial retirement plan. And probably not very many showers.

We’re going to live this summer like someone left the gate open!

P.S. Just in case you’re wondering, here are the answers to the three questions that my friends are asking.